History of Fuji-Q Highland walking with "best of the world"!

Aiming for "the world's best"

Fuji-Q Highland began its amusement park Business in 1961 (Showa 36) with the opening of the Fuji Five Lakes International Skating Center as its roots, and in 1964 as the Fuji Rama Park.
In 1969 Grand Opened as " Fuji-Q Highland ".
Since then, we have been sticking to "the world's best" since we opened, and have developed various Attraction after taking advantage of the extensive scale not found in other amusement parks.

There are various history of "the world's best" history. Here we introduce the history!
【Giant Coaster】 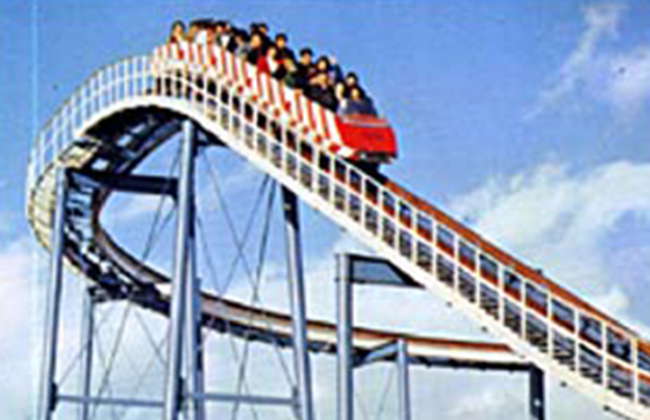 Showa 41 - Heisei 8
Total length 1432 meters in the world
The exhilaration feeling that runs through the world's longest length at 80 km / h is a masterpiece.
A straight course that runs towards Mt. Fuji, a round course with a diameter of 40 m, which can see the 360 ​​° panorama, was rich in speed and thrill and gathered a big topic at the time. 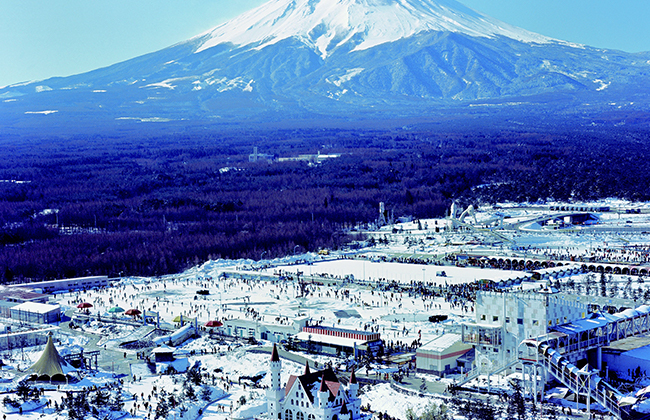 Showa era from 1963
Total area of ​​ice on five links 26,599 m² in the world
"Promenar drink", "Speed link", "Dynamic link", "Rainbow link", "Junior link", the total area on ice of these five Ice Rink the best in the world.
I built the foundation as a major leisure in winter. 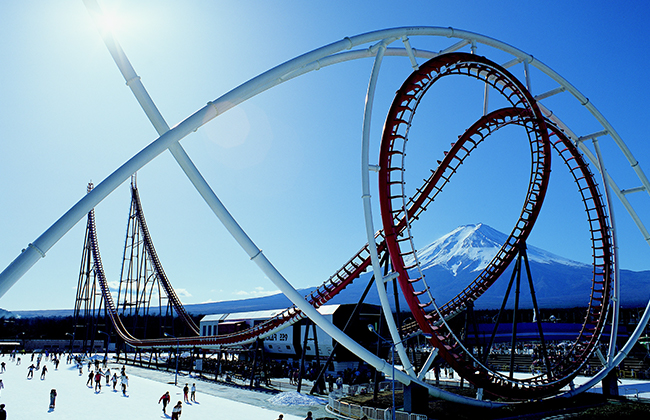 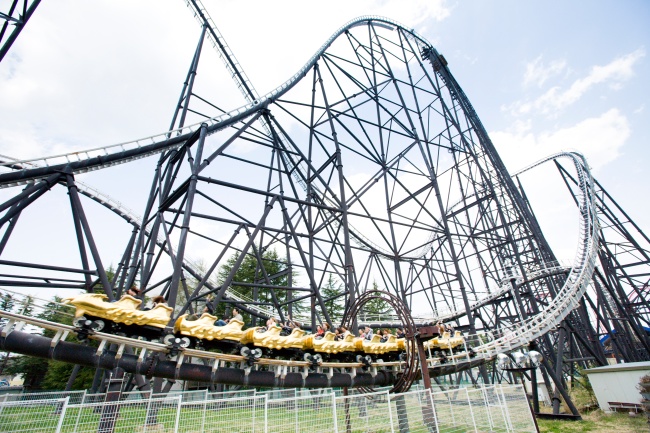 Heisei 8 -
Height 79 m, hoisting height 71.5 m, heading 70 m, maximum speed 130 km / h World's best
Sticking to the origin of the coaster "thrill", with the concept of the "king of coasters" realized the world's highest height, heading and speed. I am proud of the popularity still from the brilliant debut. 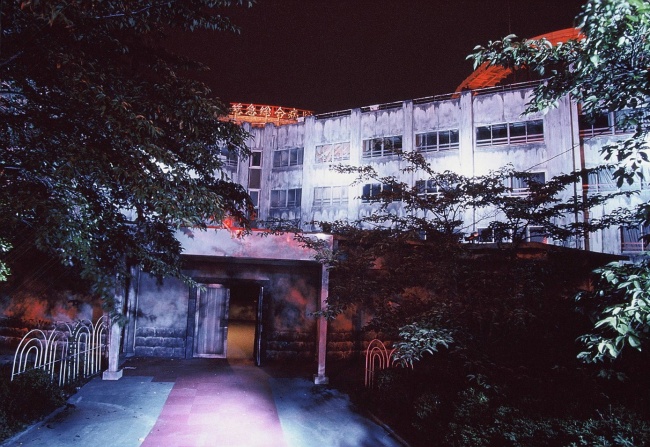 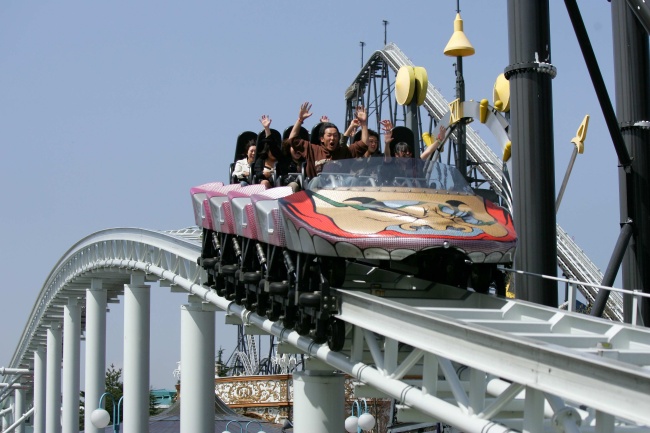 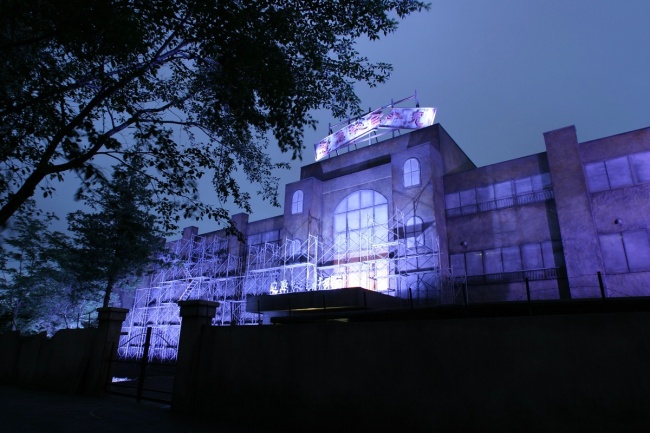 2003~
Walking distance 700 m in the world
It is a permanent facility with a walking distance of 700 m which exceeds the walking distance of the "shivering labyrinth" that was being done as an event, certified as a world record.
As a haunted house where people can surprise people, real thinking appealing to the five senses such as vision, hearing sense, olfaction, etc. produce synergistic effect, we can continue to evolve today. 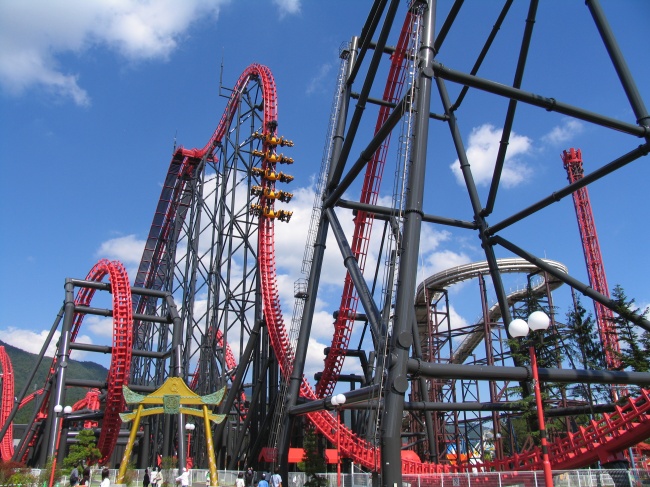 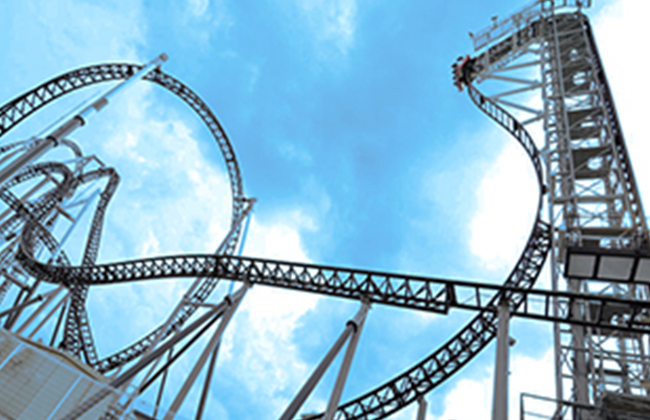 Heisei era 2011 -
Maximum falling angle 121 degrees in the world
When it started, it accelerated at a stretch within the straight tunnel of about 63 m by the linear acceleration system, reached 100 km / h in about 2 seconds, rising about 43 m tower vertically in the second half of the course.
After stopping temporarily, a falling falling angle of 121 degrees falls awaiting.

View previous article
back to index
Next article

Online guide map in the park

About extension of validity period

About no smoking on site