It is 180 km / h with 1.56 seconds firing! It is a "super death" accelerated Attraction boasting world's No. 1 acceleration and the world's largest loop.

Fully utilize Fuji-Q Highland 's extensive site to dynamically run through a course of sharpness, such as zero G Fall (Zero G Fall Zone) immediately after the start, a large curve turning greatly with the body tilted sideways by centrifugal force I made it to the course layout.

As a result of pursuing “the world's best acceleration force” from the desire to “extend more quickly”, the vertical tower with a height of 53m that was in the middle of the course of “Dodonpa” can not receive the acceleration force, the diameter is 39.7 The course has been changed to accept the “world's largest loop”, and “ Do-Dodonpa- Fastest Roller Coaster ” has been completed!

Acceleration power of world No. 1!

Just after the explosive launch, the maximum speed of 180 km / h was reached after 1.56 seconds. The world's No.1 acceleration force can only be experienced in the new "Do-Dodonpa- Fastest Roller Coaster".

What can catch a speed machine not knowing the ceiling, it is the world's largest loop. A ride that entered the loop at a furious speed also falls into the illusion that time has stopped only around himself when reaching the highest reach point. Do not let your guard down! Immediately after that, Speed ​​King again fangs his fangs.

At the moment of passing through the launch point and the tunnel installed just before the huge loop, you can experience a different dimension sense by "visual dark and light" which jumps out of the darkness into the light suddenly.

[Gaspard and Lisa Town] About usage guidance of Parking 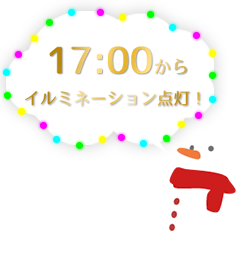